Fireworks is a particle effects editor. It generates Swift code in real-time that you can use in your iOS or macOS project without any third-party libraries or dependencies. The editor lets you iterate quickly on your particle designs without having to constantly rebuild your app. The preview window shows instant visual feedback as you tweak the values in the controls on the right (click & drag to scrub through values). Fireworks also lets you modify values directly in the code on the left. You can move the particles around by tapping on the preview, and you can easily resize the emitter and experiment with different shapes by holding down Control or the right mouse button then dragging across. Fireworks features: * Generates ready-to-use code that uses the familiar CAEmitter Core Animation API * macOS and iOS code variants are supported * Import & export textures from the editor * Comes with several built-in templates, including snow, rain, fireworks, and smoke among others * All numeric values can be scrubbed by dragging left & right * Values can be adjusted directly in the editor * See immediate feedback in the preview following any change Implementing the particle effects in your iOS or Mac project is as simple as adding the texture to your assets and pasting the generated code No third-party libraries or dependencies needed! Swift, iOS, macOS, and Core Animation are trademarks of Apple Inc Fireworks is not affiliated or in any way connected with Apple Inc. 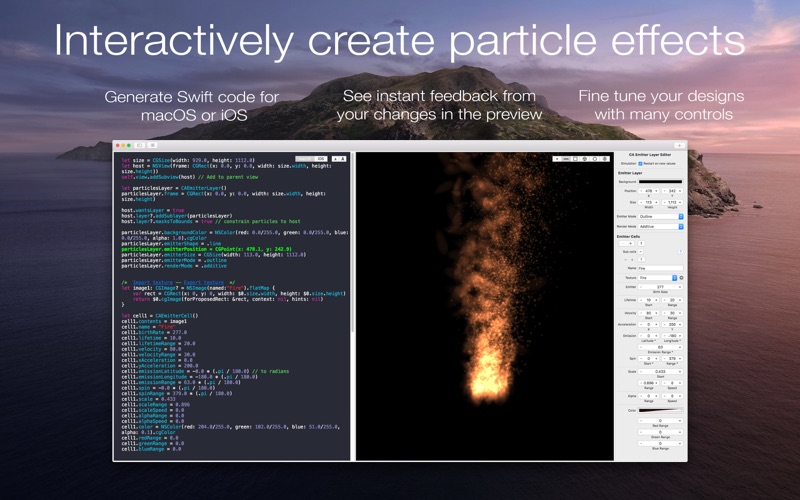 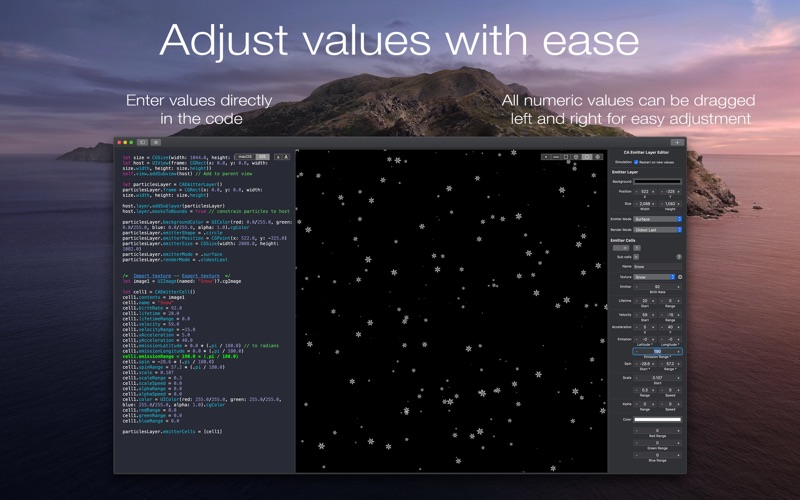 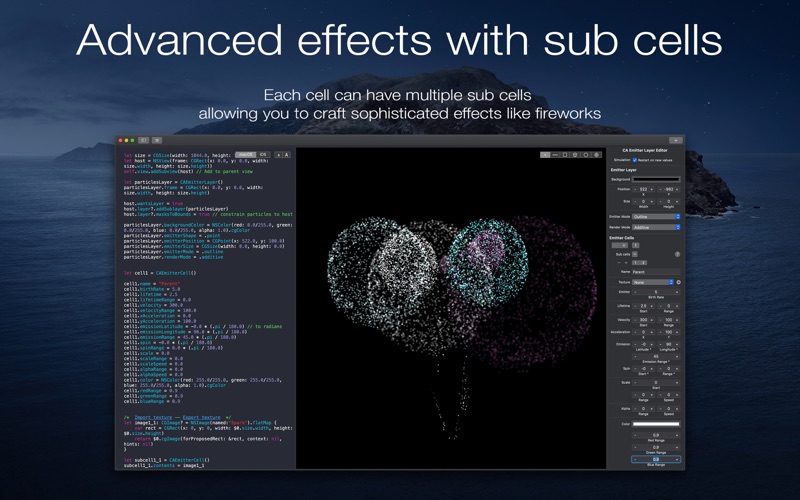 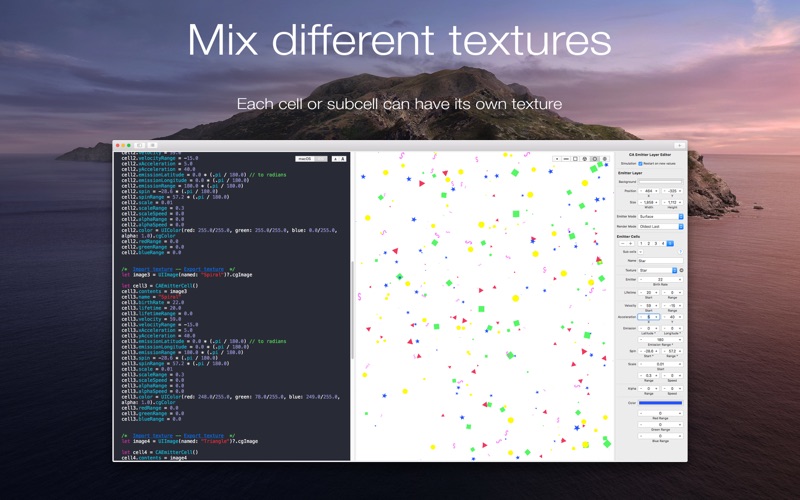 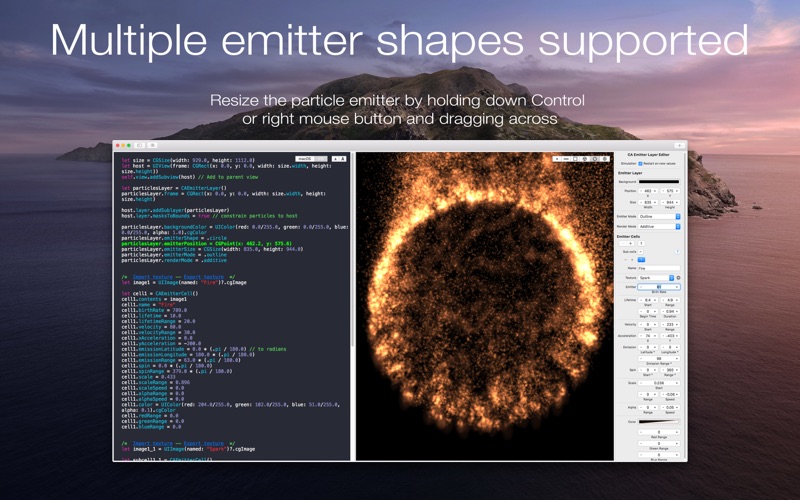 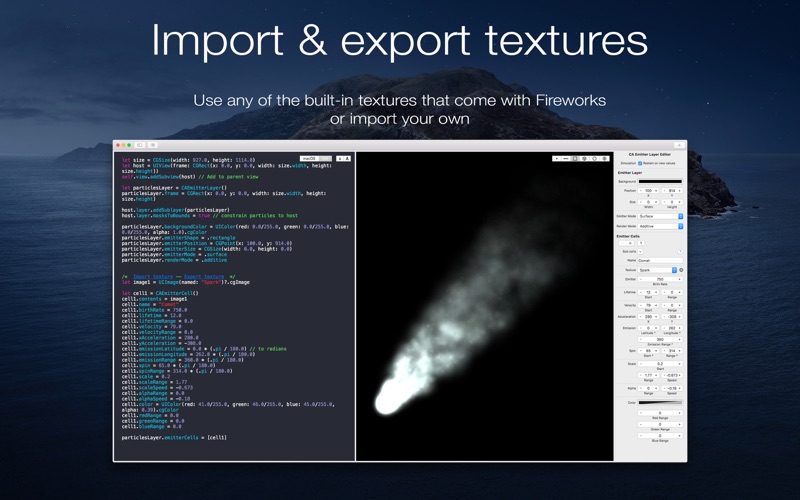 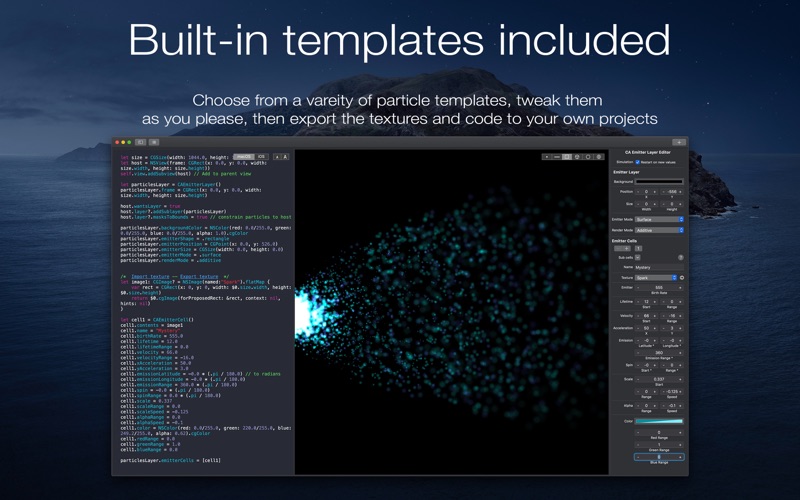