The PSA1000 Analog Saturation Unit plugin is a modern recreation of a '90s classic analog guitar preamp which is used in recording studios all around the world! It is used and "abused" for recording and characterizing not only guitars but also electric pianos, organs, synthesizers, electric basses and many other instruments. The original unit has found its place even in the mix stage for processing all type of sounds, as drum rooms, percussions, vocals, kicks, snares and sound fx too! For creating the PSA1000 Analog Saturation Unit plugin, Nembrini Audio has carefully modeled the original analog circuits and finely refined it by ear as all its products. Nembrini Audio also adds new features that brings the PSA1000 Analog Saturation Unit plugin to modern days: - Independent controls for left and right channels with individual and global links - Dry/Wet mix knob for both channels - Mid/Side operation - Spread circuit to widen the stereo field - Analog Link circuit to simulate the difference between left and right channels as in real analog world - Phase Reverse switch to take advantage of the original phase changes in the real analog unit when used in parallel - In and Out level knobs for maximum versatility Works as a standalone app, AudioUnit v3 effect, or Inter-App Audio effect 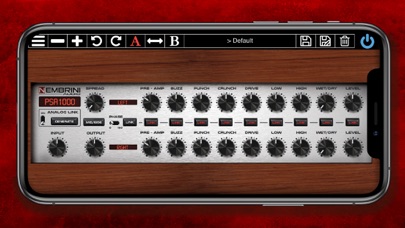